It’s not the big steps that get you to your big goals.  It’s the consistent little steps. I heard a talk given by a coach named Brook Castillo the other day, that focused on what is known as the Compound Effect. After listening, I felt a renewing of my determination to be more consistent with the steps I was taking to accomplish my goals.

To be quite honest, this new understanding gave me the strength, during a very stressful situation, to resist a weakness that has been creeping in and sabotaging my goals. So, let me jump right in and share the thoughts I heard, as well as some of the impressions that came to me.

What is the Compound Effect?

Brook began by explaining what the compound effect is. “It is a lot of little decisions that add up to a big Pile of Success”, she said. Contrary to this understanding, most of us are waiting for the Big Deal to come along, which will give us a Big Win. I remember an old saying that goes like this, “when my ship comes in, then I will be able to do__________.” This type of mindset is always focused on the big plunges for quick success.  Quick success will bring great satisfaction for the moment, but that success is short lived, and you are back at square one, starting the process over again and waiting for the next big deal.

Are My Goals Making Progress?

The Big deal mindset likes quick gratification, fast deals, and big action. Trouble begins when the reward is not seen quickly.  The process is looked at as a failure, and the goal is abandoned..

For example, you may be working on a project to start a business. You spend hours and hours working at your skill. You show up every day and deliver to the people. Weeks go by, but you get no response. You start to lose interest and abandon ship, so to speak. You stop because you are not getting the feedback that expresses if your work is making a difference. So, you assume that your efforts are insignificant and a failure. 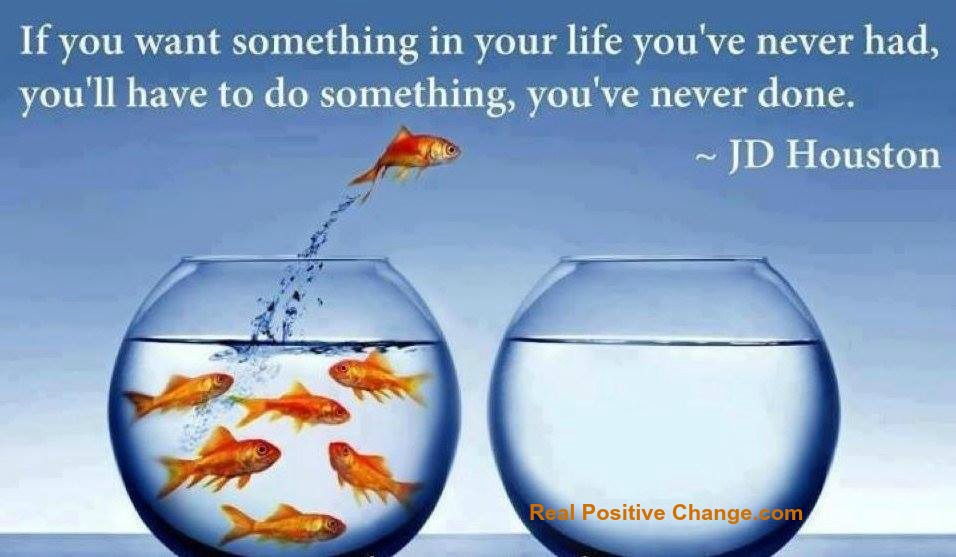 What you are not understanding, is that by showing up, and continuing to show up day after day, you are creating the compound effect. Basically what that means is your consistent efforts, as small as they are, will begin to mount up and at some point take off like wild fire.  That is what lasting success is built on.
Lasting success comes from consistent little efforts, the little steps that you never tell anyone about.

Here is an example.  About 1:30 in the afternoon each day I started to feel tired and lose my energy. I found that if I ate a few handfuls of those yummy Almond M & M’s, I could get through the rest of the afternoon and keep working. I figured what harm could a small handful really do anyway.  By holding that mindset, I was not noticing that I was putting on extra pounds from this small, snack break!  Instead of losing weight by exercising every day, I was sabotaging my weight loss program and gaining. I can only imagine what the “compound effect” would be after 6 months of eating chocolate every day.

I think you get the picture. The problem lies in our inability to recognize the consequences, that we are getting through the compound effect, whether it be good or bad. The little insignificant, daily choices are boring and redundant.  They are not actions that bring pleasure in the moment. They do not give us that instant, deep sense of satisfaction.

In Time They Will Notice

Going back to the work example. What could happen after months and months of repeating the same positive steps? I’ll tell you. One day, someone will make a positive comment to you, and it won’t be because of what you did that day. The positive feedback will come because, they have started to notice a difference in their life, after experiencing months of what you have to offer. Another example, is the person who remembers how much they enjoyed something that you did in the past. Now in the present your paths have crossed again and they are eager to use your services.

Does It Work For Everything?

The compound effect works in every aspect of our life. I am reminded of the times I would visit a friend who always had a home that resonated a feeling of being on a magazine cover. The feeling did not come from a particular style of decorating, it came from a consistent organized and clean home. We both had little children at the time, and I was always amazed at how spotless, and put together her home was.  It did not matter what time of day I dropped in to visit her, everything was neat and organized. One day I asked what was her secret? She laughed and made a few jokes about how she threw everything away. She felt that her organized style was a curse, because she couldn’t even leave the kids school art work up on the refrigerator door, more than one day.

And what about that clean fresh feeling I felt throughout her house? She told me that every morning she would take out the paint bucket, and go around painting the nicks and smudges that appeared on the wall from the day before. Some may think her actions were over the top, but because of her consistent daily actions, her home ALWAYS had that clean, fresh, newly bought feeling.

Negative Compounds the same as Positive 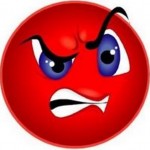 I’ve told you of some positive rewards received from actions done consistently, using the compound effect. The same is true for negative actions. Let’s talk about relationship building. One tiny, rude comment may not seem like a big deal at the moment; but by repeating that small, seemingly insignificant, comment over several days, people will begin to distant themselves from one another, formulating a small wedge in their relationship.

The same goes for negative comments to ourselves. The mind cannot distinguish between what is the true reality, and what it perceives to be reality. Whichever perception is being held in the mind strongest, will trump what is actually happening at that very moment.

I have been told that a thought carries as much power as a rocket ship taking off for the moon. So, if you do not like the results that you are presently getting, take a moment, and look at how you might be perceiving the situation. What thoughts have you allowed to build over time, creating a compound effect?

Would you like to really visualize how the small actions of your day can create a compound effect?
1. Take a snap shot of what you have done today. List all of the little insignificant 5 min, 10 min. tasks. Now take those little 5 min. or 10 min. efforts and times by 365. How much time does that end up to be? How much energy is that? Just notice the compound effect of those small increments of time.  And notice whether they are positive, or negative tasks.

Note to moms. Anything, and I mean anything, that you do each day for another person to help them, even though it seems to have no significance, will ultimately have a bigger effect then you can imagine. I promise you.

Book of Words and Phrases

Are you having a hard time sticking with the simple, small steps that could create a major compound effect for you? Are you feeling discouraged because you are not seeing a change for the better? I’ve pulled out a few statements from my Book of Words and Phrases.

Each word and phrase will have the potential to change a person’s thinking; especially, the more that they focus and meditate on those words. My clients use these words to change a perception that could cause themselves to fail. I use it all the time with myself and my family when anxiety begins to show up. 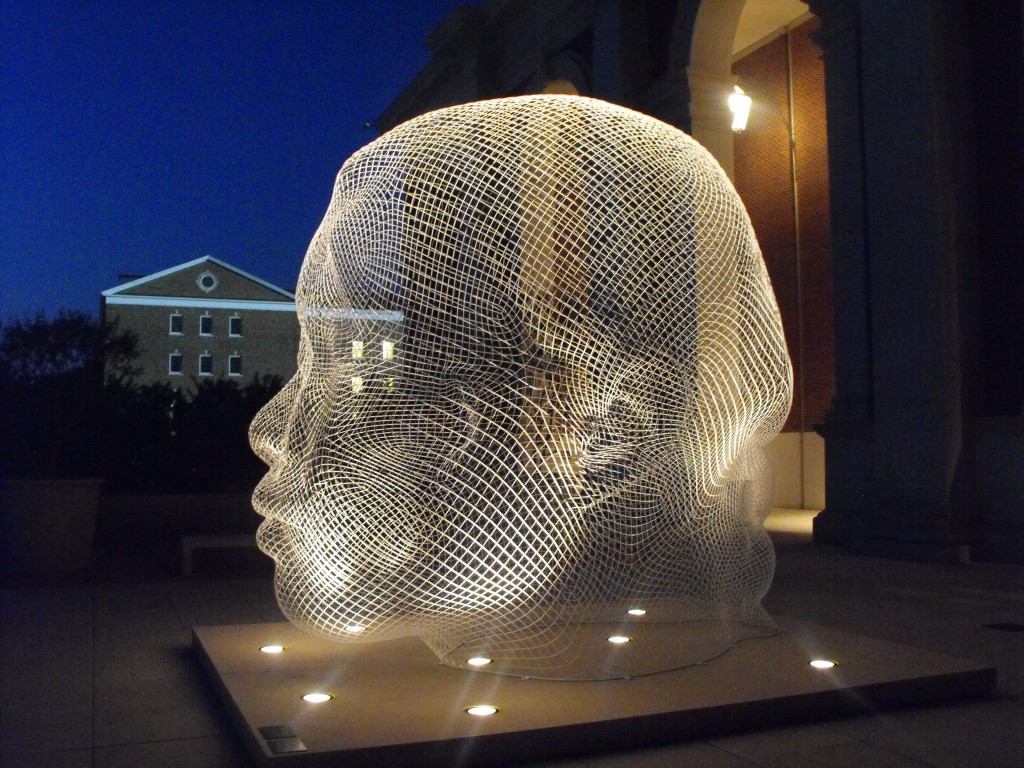 The conclusion is, if the mind is to have the capability to think through a situation and find a solution, it has to work with wave patterns that are 200 or higher. So, if the word carry’s a negative meaning, then the word also carry’s a wave pattern that is lower than 200. Under 200 are words like fear, doubt, worry, shame, grief, apathy, and so forth.

Once the mind becomes focused on such a word, it acts similar to a paralyzed state, where it begins to loop over and over on the problem. This looping pattern creates a mental struggle, where finding a positive, healthy solution is hard to even think of.

1. I begin by getting a sense of my thoughts…. what negative perception I am holding on too. Then I begin looking for the words and thoughts that could help unlock my thinking, and allow me to move to higher, positive thoughts.

2. Going through my Book of Words and Phrases, I locate the group of words that will be most helpful in changing my perception. I write them all down, and begin to read over the list. While I am reading, there will be words or phrases that stand out to me. I will take those words, and begin to combine them together, creating a power statement.

3. Once I have combined the words and phrases into a logical statement, I begin to focus my thoughts on what I have written. As I go over and over these phrases, I take the time to think, and meditate on them every day.

Your new power statement is customized for that specific situation. By focusing in on it daily, a change will begin to happen, a real positive change. You will notice greater strength of mind, as your thought and belief transform from negative to positive.

Below I have found the group of words and phrases that will improve your thinking concerning, the ability to concentrate your efforts to create a compound effect. Here is the List, I have grouped them by their indexing number. Read over, and you can write up your own power statement.

#336 Starting the engine, honored, included, hope, a beginning, being orderly, reverencing the process of creation, letting go of old ways.

#452 I choose where I stand. I reside in my own choice of thought frequency. I choose the attitude and behavior that I want to exist in.

#446 Feasible, feeling like something is feasible, possible, capable of being done.

#451 A strong sense of reassurance, God has my back. I know where I belong, my goals and desires. I am choosing to be in tune with the promptings that I feel within. I trust God’s guidance.

#831 Truthful in Motive. Speaking from the heart fearlessly.

#645 Steward, Instrument in His hands.

Are you one who likes to have quick simple DIY tips ready to be used when needed?  Then fill in your information, and you can click the download button that is sent in your email to download 5 pages of more great tips.