Elizabeth’s artisan’s journey is through her music.  She spends tireless hours training her voice.   As a senior in high school she has been involved in the choral competitions for four years now.

Right around the corner was a big multi school competition.  But Elizabeth found herself losing interest, because she was not finding the enjoyment that her singing had brought her in the past.

She, like so many artist, is a perfectionist.   Her expectations are high, and she demands much of herself.  However, the very thought of competing in one more choral competition began creating enough stress and anxiety, that she found herself wanting to shut down and not give it her best.

What was happening?  What was the problem?

She had lost the vision of what was really important. She subconsciously replaced the correct view of basing the competition on herself and her level of improvement, to an imagined image that was being filled with self-doubt, and comparison to others.

Watch this short clip of her coaching session, and how she was able to transform her thinking by giving the different components of the competition a different image or representation.

The greatest reward I have had as a coach is to watch my clients eyes light up when they have made a new discovery.  It is as if the dots have connected and now I become a witness to the unfolding of new and exciting ideas that come flowing through their mind.

One session and Elizabeth was back on track. Now she was able to view the competition as an opportunity to share her gift with the judges. Her spark and enthusiasm was back as she envisioned herself entering the judge’s room with confidence, instead of fear.

Her competition was a success, but the best part was when she fulfilled this 3 year goal…singing the National Anthem

Do you have an Artisan’s Journey to share?  Send me an email message at    cathy@realpositivechange.com

Hello & Thanks for Stopping By 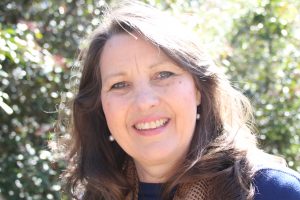 Hi there.  Welcome to my space on the web…. I am glad you are here.  I am Cathy, a Positive Thought coach.  I’m a Mother of Six, an Artist, a Planner, and a blogger.   Let me share more of my story with you…